Official Best of America is a national TV show that since 2007 has been filming amazing experiences across America, conducting extensive research to find the highest rated experiences such as tours, restaurants, parks, towns, and even some products and services in select areas. A video of each city selected is filmed by the production crew of Official Best of America to be aired on national television.

Mar 30 2022
On Wednesday the 23rd the City of Eagle Pass Economic Development department hosted the very first BEST of EP 2022 (People's Choice) Award Ceremony at the Art & Culture located on 364 Main St. Over 500 people voted for their favorite businesses for the 20 different categories. The City of Eagle Pas...Continue Reading 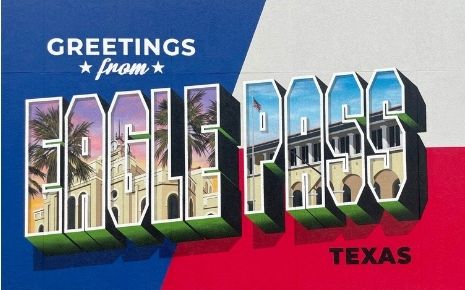 Dec 20 2021
Greetings from Eagle Pass, Texas! We’ve been in touch with this border city in Texas for some time and finally had the chance to create our second postcard mural in the lone star state. A lot of people may not be aware of this small community, but it’s the fastes...Continue Reading
Add to Report View Custom Report